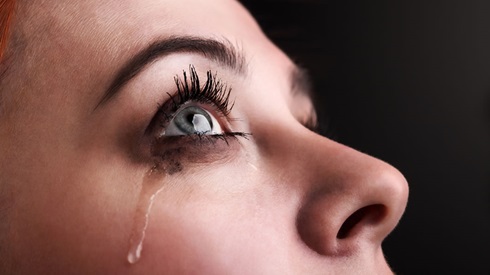 How Can God Allow So Much Evil and Suffering?

The following article was written by Robert Velarde and was found on focusonthefamily.com.

Probably one of the greatest challenges faced by Christianity and Christians is the reality of evil and suffering. At times even great thinkers are baffled by the seeming contradiction between the existence of a loving God and the fact of evil.

Upon the death of his wife, C.S. Lewis wrote, “Meanwhile, where is God? This is one of the most disquieting symptoms … But go to Him when your need is desperate, when all other help is in vain, and what do you find? A door slammed in your face, and a sound of bolting and double bolting on the inside.” 1

Fortunately, Lewis came to grips with his grief and in the end realized that God not only exists, but that He is indeed all loving despite our sufferings.

Still, for Christians and non-Christians evil and suffering are often at the forefront of our minds, particularly when we ourselves are suffering. How could a good God allow so much evil? Why doesn’t He do something about it? Couldn’t God have created a world without evil?

These are important questions and while we cannot solve them all neatly in one short article, we can address evil and suffering and begin to offer some possible solutions to the seeming dilemma.

The Problem of Evil

Solving the seeming contradiction between a loving God and the reality of evil is usually referred to as a theodicy. A theodicy attempts to solve the apparent tensions in what is often termed the problem of evil. But the problem of evil is really a series of problems. Like many large problems, sometimes it is helpful to break them down into their components. Evil, you see, actually extends not only to the moral world, but also to the natural world. When human beings do bad things to one another, this is moral evil. But so-called natural disasters are often considered evil as well because of all the suffering they cause. Earthquakes, tidal waves, floods, and so forth, are all examples of what might be termed natural evil.

One helpful approach to solving the problem of evil has to do with defining evil. Christian thinker Augustine defined evil not as a thing in and of itself, but as a parasite on good. Something that is lacking is not a thing in itself. For instance, if you have a hole in your jacket, the hole is not something, but rather is something that is lacking. Similarly, Augustine considered evil something that is missing. Indeed, it requires good to exist because it is a parasite. In this sense, Augustine defined evil as a privation – a lack of something – rather than a thing or substance.

This solves some important criticisms. If evil is not an actual thing, then God cannot be the author of evil. God is the author of good, but we make moral choices that result in evil.

Does Evil Argue Against God?

Atheists, skeptics and other critics of Christianity often argue against God on the basis of the reality of evil and suffering. “See,” they say, “since evil and suffering exist, God must not exist.” Sometimes they will argue that God may exist, but perhaps He is a weak god, an incompetent one or even an evil one!

But do evil and suffering really mean that God does not exist? Some Christians have responded by turning the skeptic’s argument on its head. They do this by asking on what basis is something deemed evil? If there is some moral standard the critic is basing their position on, then the problem of evil becomes an argument for not against the reality of God. After all, in order to call something good or evil, there must be an underlying standard of right and wrong. Theists argue that this standard is rooted in God and His nature. We know His moral law exists so we recognize the reality of evil and suffering. But unless there is a moral standard, we have no real basis for calling anything good or evil.

As we noted earlier, there’s a difference between moral and natural evil. Moral evil is explained by the fact that human beings commit evil against one another. People lie, cheat, steal, hurt, and more. This does not argue against Christianity, but instead proves the point that there is something very wrong with human nature as it now is.

But what about natural evil? Couldn’t there be less suffering? Why doesn’t God stop things like earthquakes and tsunamis? Again, this ties into the broad Christian explanation of the human predicament. Paradise has been lost due to human moral shortcomings. As a result, we live in a fallen world, east of Eden. As a result, “We know that the whole creation has been groaning as in the pains of childbirth right up to the present time” (Romans 8:22, NIV).

The good news is that although this is not the best world, it is the best way to the best possible world. Some day God will ultimately and finally overcome evil entirely.

Before continuing, it will be helpful at this point to pause and explain another important point. Evil and suffering can refer to not only physical pain, but emotional pain, too. Consequently, there are differences in approaching the problem of evil depending on whether one is doing it intellectually, in a detached sort of way as we are doing in this article, versus ministering to those in need of compassion. In this sense, there is an intellectual way to address evil and also an emotional way to address it. Both are important and both require our attention, but there is a difference.

A World Without Evil?

God knows best and, as such, He knows that our world is the best way to the best possible world. Yes, there will be evil and suffering along the way. We can rejoice with the apostle Paul when he wrote, “I consider that our present sufferings are not worth comparing with the glory that will be revealed in us” (Romans 8:18).

Can God Relate to Our Pain?

Considering all the evil in the world, does God really care about us? Not only does He care, but He cares enough to have sent His Son, Jesus Christ, to suffer and die for us. Because of God’s great love and sacrifice, we now have a way to be reconciled with Him through Christ. This does not mean that we will no longer suffer in this world, but it does mean that we will spend eternity with God. There will come a day when God “will wipe every tear from” our eyes and, “There will be no more death or mourning or crying or pain, for the old order of things” will pass away (Revelation 21:4).