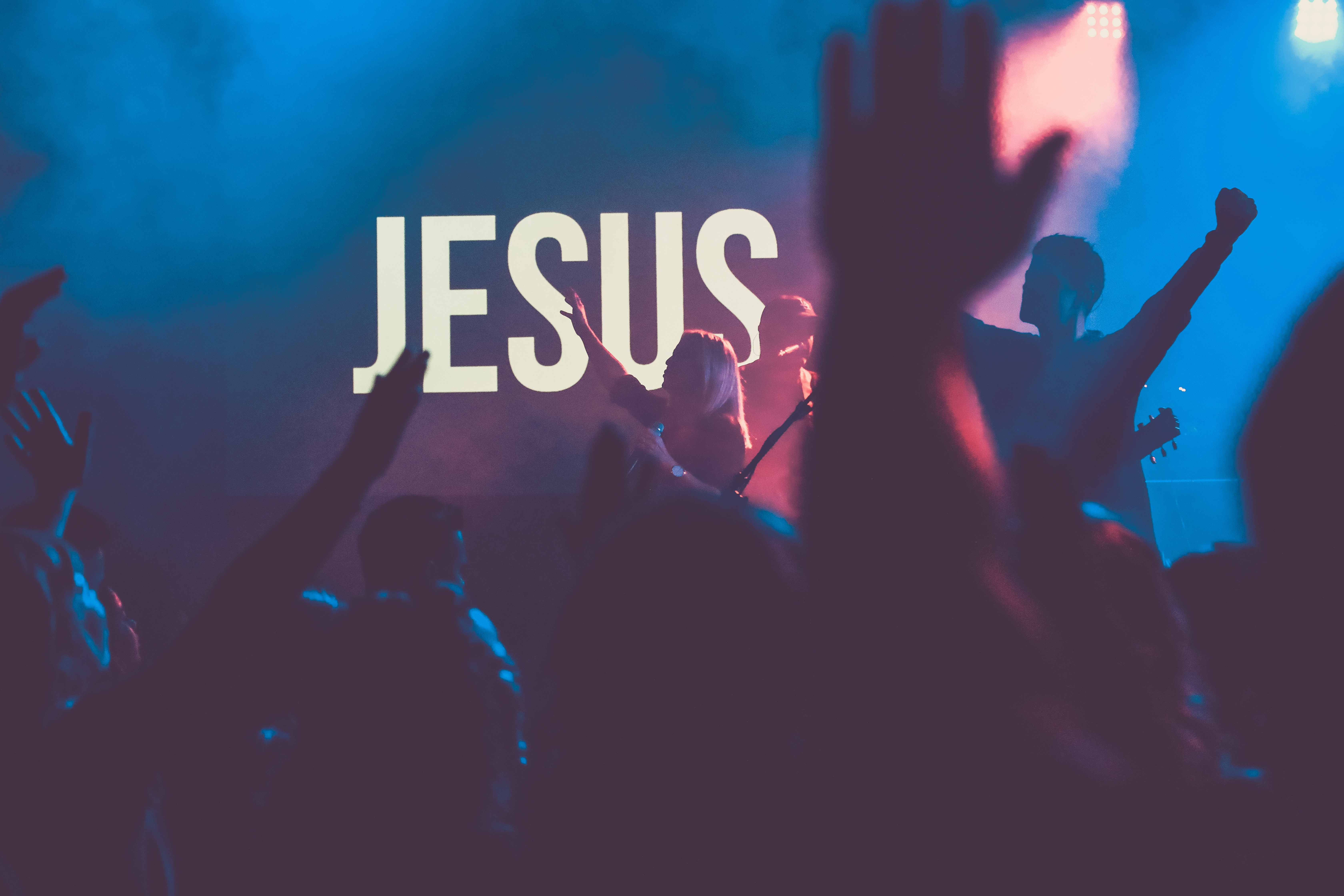 Is Jesus the Only Way?

The following article was written by Mark Pickering and Peter Saunders and found at bethinking.org

We now live in a ‘global village’, a multi-faith society where exclusive claims may offend. Many adherents of other faiths are prepared to recognise Jesus as a great teacher, prophet, leader and reformer – even perhaps as one way to God. Are we not then being arrogant, intolerant and narrow-minded by suggesting he is the only way? This question is especially relevant today where students of ethnic minorities and other religions can sometimes outnumber Anglo-Saxon agnostics.

First we need to be sure in our own minds that Jesus is the only way. If he isn’t, if our friends’ religions and philosophies are equally valid routes to God, then we should stop pestering them with the gospel and learn to live and let live. However, if he is, then they are on a one-way journey to judgement and we must do whatever we can to introduce them to our Lord. Further to that, if other ways lead to God, we might as well give up being Christians, because there are a lot of other religions that are much easier to follow than Christianity!

Secondly, for our friends’ sakes, we must be able to communicate Christ’s uniqueness. If we fail, they may well be left thinking that he’s just another option out of many possibles and we will have done them a great disservice. Let’s look at some of the ways that this topic comes up in conversation.

Surely all Religions are the Same Underneath?

The world’s religions do have some things in common – they all recognise a spiritual dimension and have broadly similar moral codes. When it comes to the other two monotheistic religions, Judaism and Islam, there are even more similarities.[1] We share common history, prophets, concepts and the Jewish Bible is 75% of the Christian Bible. Indeed, some of these similarities can often be used as bridges for dialogue, as common ground to lead into discussing the unique claims of Christianity.

But we cannot possibly ignore the differences. Often it is only ignorance of the facts that leads our friends to suggest that all religions are the same. For despite the similarities, the differences are huge. It is not just a case of ‘believe in God and be nice to other people – all the rest is mere detail’. It is those very details that make the difference. If you were to examine a counterfeit £20 note, it would look and feel very much like the real thing. You may even need special training to spot the differences. But at the end of the day, the similarities are irrelevant and actually distract us from the real issue at hand; it is those small but real differences that make one worth £20 and the other worth nothing.

There are many distinctives, but it is best to concentrate on those that really make a difference. In particular, Christianity makes three distinct claims with which no other religion agrees:

i) The deity of Christ

We will look more closely at this claim below and give references, but for now let us see where other religions differ. Judaism sees Jesus as an impostor, Islam sees him as merely a human prophet; other religions often see him as a good moral teacher or as one of many incarnations of God (eg Hinduism). Even the sub-Christian cults that may seem very similar on the surface have significant differences; the Jehovah’s Witnesses see Jesus as God’s first creation, a kind of super-angel, totally distinct from the Creator. Even the Mormons believe he is only the physical son of God, who began a man and ascended to deity in much the same way that they believe we ourselves can do.

ii) The authority of the Bible

Christians believe that the Hebrew and Greek criptures (or Old and New Testaments) together constitute the authoritative record of God’s dealing with mankind. Many people are prepared to pick and choose about what they like in the Bible, but few will take the whole thing. Jews accept only the Hebrew scriptures (Old Testament), Muslims claim to accept the ‘Torah, Psalms and Gospel’ but then add that this is in their ‘original’ forms that are actually non-existent. In practice they generally only accept those parts that agree with the Qur’an. The sub-Christian cults tend to accept the Bible as is, but with very strict limits on interpretation – that of their leaders. Jehovah’s Witnesses accept only the often fanciful translations and explanations of the Watchtower Bible and Tract Society, whilst Mormons accept also the Book of Mormon, Pearl of Great Price and Doctrines and Covenants. For them the Bible is simply one of four and interpretation of it is usually guided by the other three.

The whole Bible was not finally collated together as one book until the early centuries after Jesus, so no biblical verse refers directly to the whole collection. Yet several references in the Bible speak of the authority of its different parts.[2] Space precludes a discussion of the reasons why the Bible is reliable, but a previous article in Nucleus makes excellent reading on the subject.[3]

(iii) Salvation by grace through faith in Christ’s work

Islam tells us that mankind is essentially good and that we just need to live a certain way to earn God’s forgiveness. Judaism, since the destruction of the temple in AD 70, has also relied basically on righteous acts. The sub-Christian cults, whilst paying lip-service to salvation through faith in Christ, often end up with more of a gospel of works. Mormonism comes pretty close in this respect to biblical Christianity, but when taken with its other beliefs there is clearly a gulf fixed between the two. The biblical view is that humans are essentially evil and unable to live up to God’s righteous standards. Only the perfect sacrifice of Jesus on our behalf could satisfy his justice and restore the broken relationship between God and man.[4]

These three simple examples show us that all religions are certainly not the same and in fact they are totally incompatible.

Not satisfied with obvious contradictions between the major teachings of different religions, some will sidestep this with the claim that the differences are not really that important as ‘we are all paths going up the same mountain’. The argument goes that each different religion is climbing a different side and cannot see the others, but once we reach the top all will become clear and we will see that we were all headed for the same place in the end. This is the mistake of relativism. To those lost in its grip, any explanation of essential differences between different religions will cut no ice, as two totally contradictory statements can be seen as both true in their own way.

This way of thinking is nice because it means you never have to disagree with anyone, but of course it is yet another way of covering up the truth. For those in the medical profession to hold this view is really quite strange. Any doctor knows that you either have cancer or you don’t. Few of us would wish to be treated by relativistic doctors – we want someone who will tell it like it is! Relativism simply doesn’t hold water and it is worth pointing out to our friends that it is impossible to live out relativism in our daily lives.

A look at some biblical passages will help. Jesus and the apostles certainly did not hold to relativism – for them Jesus was either Lord of all or not at all. That Jesus is the only way is asserted by Jesus himself: ‘I am the way and the truth and the life. No one comes to the Father except through me.’[5] The apostles also concurred: ‘Salvation is found in no one else, for there is no other name under heaven given to men by which we must be saved.’[6] Further we are told that whoever does not believe in Christ stands condemned.[7] Whoever acknowledges Christ will be acknowledged by him on the day of judgment,[8] but whoever denies him will be denied.[9] Anyone who is not for Christ is against him.[10]

Jesus Never Said ‘I am God – worship me!’

This claim is often made by Muslims – and of course it is true – nowhere does Jesus assert his divinity in these exact words. It should also be noted, however, that nowhere does he state the converse: ‘I’m not God – don’t worship me!’ even though this was the response even of an angel when John mistakenly worshipped him.[11]

Yet having said this, the divinity of Jesus is in fact directly stated in at least eight passages of the New Testament For example, ‘In the beginning was the Word, and the Word was with God, and the word was God’[12] and also, ‘Thomas said to him, ‘My Lord and my God!”[13] Further to this, his deity is strongly implied in several other passages.[14]

The fact is that Jesus was far too sophisticated a teacher to wander round shouting ‘I am God!’ This would have got him nowhere and been totally alien to the cultural context of his day. Instead he made his claims in ways that were deeply rooted in the Hebrew Scriptures and therefore unmistakable to his Jewish listeners. For instance, he said and did things that in Scripture only God said and did:

Perhaps his most provocative title was his favourite, the ‘Son of Man’, mentioned over 80 times in the Gospels.[25] Far from merely emphasising his humanity, this is an unmistakable reference to Daniel 7:13,14 where we are shown a supernatural figure who is ‘given authority, glory and sovereign power; all peoples, nations and men of every language worshipped him.’ Jesus identified himself as this divine-human Messiah figure and accepted the title from others.[26]

We can tell from the reactions people had to Jesus, that there was no doubt about what he was claiming. They either worshipped him [27] or accused him of blasphemy[28]. He was killed because he claimed to be God.

Given the Bible’s unequivocal claim of Jesus Christ’s divinity we cannot say that he was merely a great moral teacher, since a great moral teacher would not lie about his own identity. There are only four options open to us in considering a man who claims to be God: either he is a liar, a lunatic, a legend or the Lord. Someone who deliberately lied about his identity would be a demonic deceiver and trickster. Someone who falsely believed himself to be God and told others so would be a deluded lunatic. The third option, that he never existed, or that his followers misinterpreted and distorted what he said, has no historical basis. By exclusion, the only reasonable conclusion is that he was who he claimed to be – the Lord. As Christians, we must assert on Jesus’ own authority that he is both God the Son and the only way to God.